The terraced landscaping of 120 Emil’s Lane takes you to the edge of Lake Wallenpaupack and your own private dock. There’s a beautiful view of the wider part of lake.

1,350 square feet has 2 bedrooms on the main level. 1 bedroom on the lower level can be guest quarters with a separate entrance. There are 2 baths, a large kitchen, a bluestone fireplace, and a garage.

The basement, on the other hand, does give away the house’s age. Its finished portion contains a bedroom and the second bathroom. As the bedroom has its own entrance from the outside, it would work well as a guest bedroom. You will find a two-car garage, storage space, and laundry in the unfinished portion. Two more cars can park under the deck.

This house’s lot slopes steeply towards the lake. It has been turned into a series of patios and landscaped terraces connected by stairs and a path leading down to a small deck.

From that deck, stairs lead down to your private boat dock on the lake. Since power-boating is allowed on Lake Wallenpaupack, you can bring just about any boat you want with you.

This Lake Wallenpaupack raised ranch is in good condition, but the listing copy says it “needs some TLC.” As anyone familiar with agent-speak knows, that means it has some things that need fixing up or updating. Certainly, the basement bedroom could use a facelift, as could its bathroom. Or you could let your imagination run wild and give the basement a total makeover to bring it up to the level of the main floor. 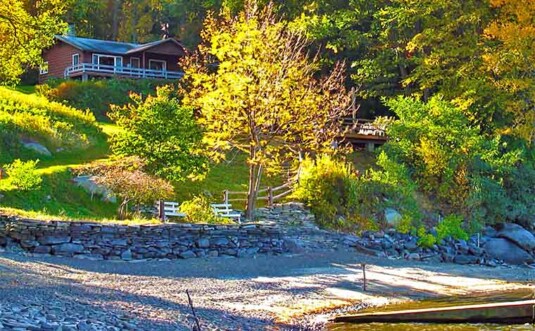 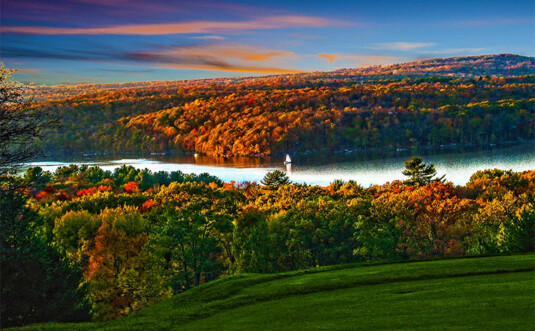 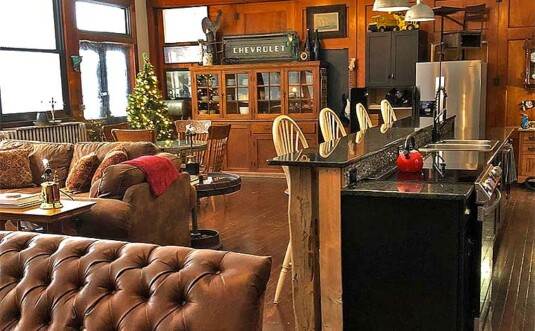 The 1925 Paupack School has been reimagined into a unique getaway experience. Loft-style living space is perfect for couple or solo. 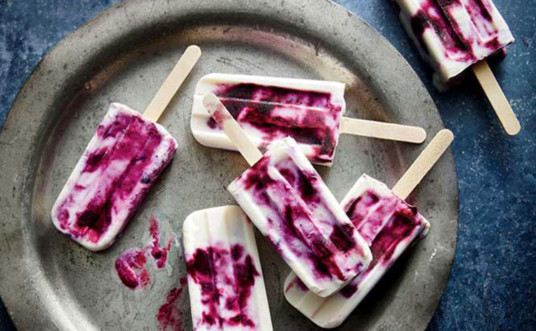