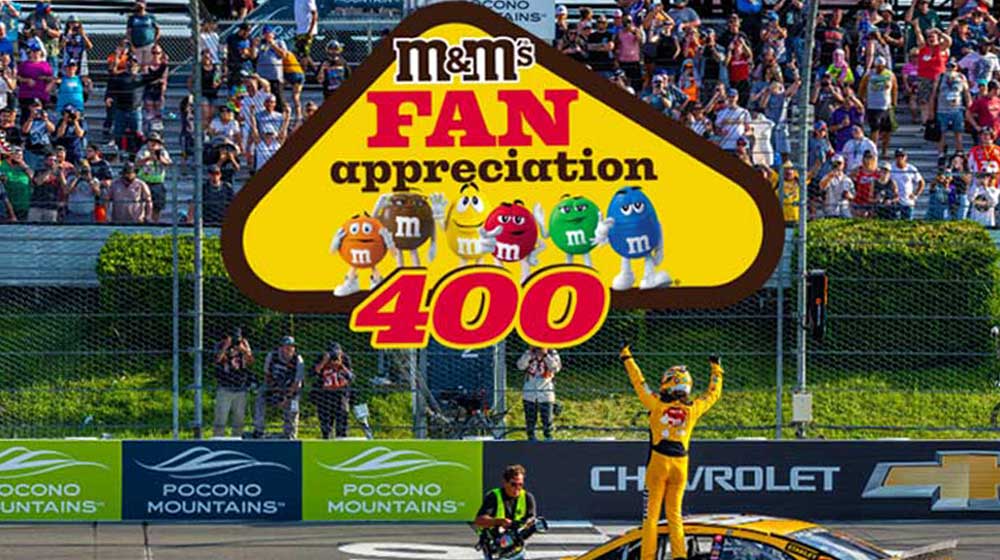 M&M’s, ‘The Official Chocolate of NASCAR,’ announced the iconic brand will be the title sponsor at this year’s NASCAR Cup Series race at Pocono Raceway. The brand will continue the season-long celebration of its more than three decades in the sport by using the race to pay special tribute to NASCAR fans and Mars Associates who have made the journey so memorable.

To kick off the celebrations, Mars will embark on a nationwide search on social media to identify some of the most active and passionate M&M’S Racing fans, who will be invited as VIP guests to the M&M’S Pocono race weekend. The fans selected will not only serve as M&M’S ambassadors throughout race weekend but will also have the chance to meet NASCAR legends and receive signed merchandise. One lucky M&M’S Mars fan will have the ultimate honor of serving as the Grand Marshal for the race.

To keep up to date with the M&M’S Fan Appreciation 400, be sure to check out M&M’S social media channels in the lead up to and throughout the race weekend.

Kids ARE FREE: Kids, ages 12 and under, are FREE in the 100 and 200 Levels of the Grandstand, as well as Fan Fair, for all NASCAR event days.