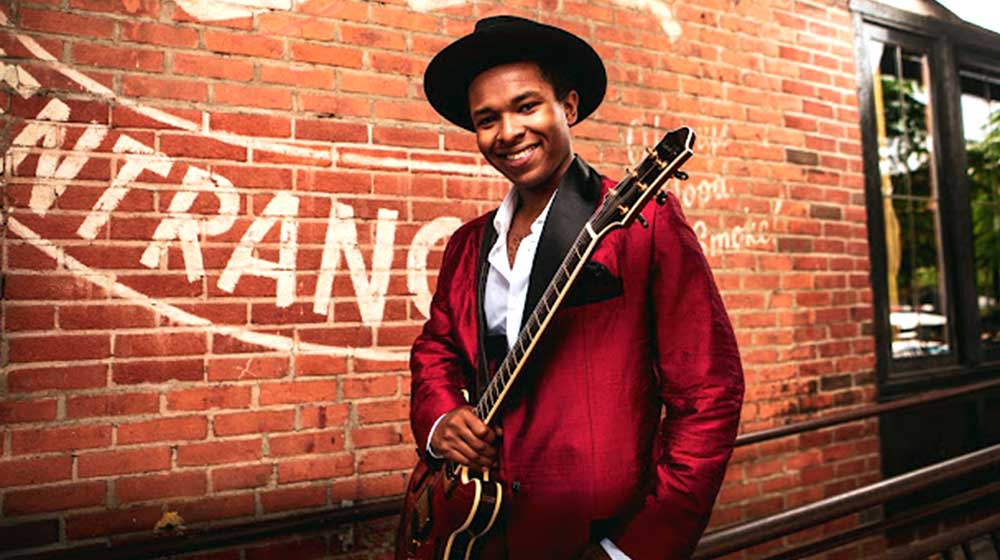 He has invested in music from a very young age and started playing guitar at just six years old. Growing up in Harlem he was constantly surrounded by music.

Hicks witnessed performances that significantly impacted his ambitions as a musician and he says: “When you’re around good musicians, it gives you that spark. Solomon won the 2021 Blues Music Awards for Best Emerging Artist for his 2020 CD release, Harlem on Provogue Records. The set, produced/recorded by multiple Grammy Award winner Kirk Yano (Miles Davis, Public Enemy, Mariah Carey), showcases Hicks as a writer, player, and interpreter.

He was WXPN’s “Artist To Watch” for August 2020. His original song “421 South Main” made the Top 20 Blues songs of 2020 on Spotify and the song “What the Devil Loves” gets daily spins on “Sirrus Bluesville” Radio.

He’s shared stages with Tony Bennett, Jeff Beck, Ringo Starr, Beth Hart, George Thorogood & the Destroyers, Mavis Staples, Robert Cray, and many others. He is a member of the Blues Foundation in Memphis.

Solomon has Judged the IBCs in Memphis [International Blues Challenge]” being a supporter of young Musicians and The Blues Foundation. He paid his own success forward by teaching music for the Children’s Aid Society, and working with the Harlem Arts Alliance and the New York City Jazzmobile.